How To Import Fundraisers and donations

When using Payments2Us with the Nonprofit Success Pack, the fundraiser will get the Soft Credit for all donations that were linked with them.  For example, if a fundraiser did a cycling event around the country and organised for a number of people to sponsor them, then they would get a Soft Credit for all of the donations raised, but the individual donors would get hard credited for their own individual donations

Match the columns in your CSV file with the data in Salesforce.

For the import of the fundraiser, do NOT match Fundraiser First Name, Fundraiser Last Name.  These are used for uploading of donations (hard credit) and linking the donation to Fundraisers (soft credit).

1.3. Save Mappings for future loads

Note, Saved mappings will now appear under the Import Type picklist on the first step of the Import Files wizard

In the example below, the Fundraiser Source will be "Raisley"

If you are trying to upload Fundraiser Source and the fundraising No. to populate the Contact - related list "Fundraiser IDs", then please pay particularly close attention to the details in this procedure:

When finished mapping all fields, press the "Import" button.

After the import has finished press close

1.6. Wait for batch processor to complete

After this process has completed, the Batch Processor will use the Payment Txn information to create/update objects just as Contacts, Accounts, Campaign members.  You should wait for this process to complete first before uploading donations.

As a once off setup, make sure the matching rules on the Merchant Facility include the "Fundraiser ID" option 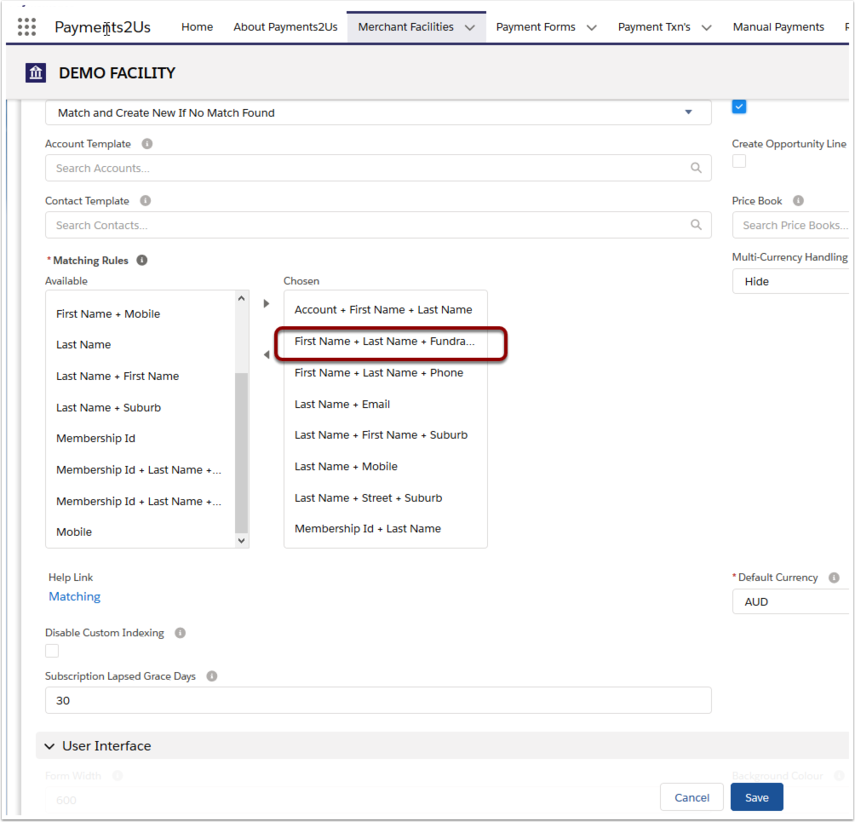 Start a new import file for the donations.

Make sure your import file includes details for the donor and the donations, such as first name, last name, donation amount

Map the column in the CSV file with the data elements in Salesforce.  Be sure to include a minimum of the fields highlighted below.

Once all you mapping is complete.  Press the Import button and wait for the import processing to complete.

It is recommended that you use a Import File Template.  You can enter any value you wish here and press Save Mapping (so it can be used for future use).

Note the name before the " - " is used for payment source and for the Fundraiser Id Source.  In the example below, the Fundraiser ID source is set as "Raisley".  This is important when using with multiple fundraising platforms as the same contact could be linked with multiple sources.  The Fundraising Source is used as part of the matching process to ensure it link the donation with the correct fundraiser. 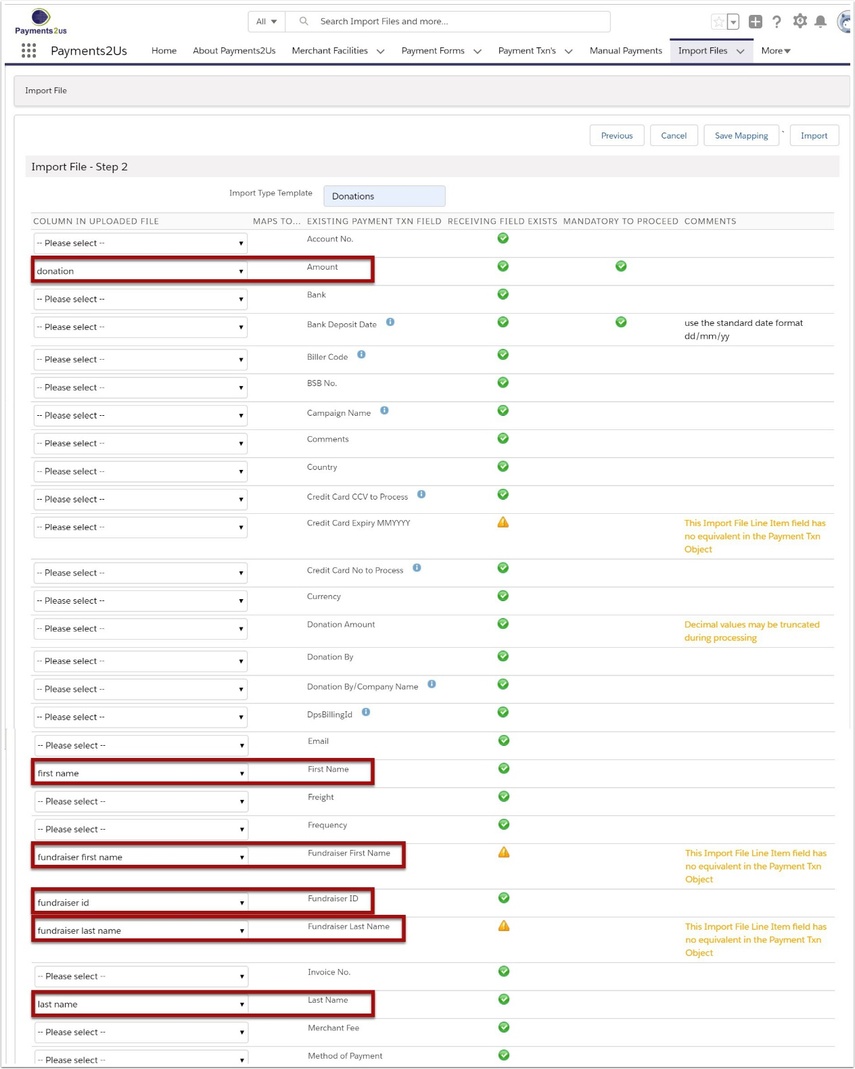 From the Import File, press the Process Button

Then process again to confirm

3.4. Wait for Batch Process to complete

There is a separate process that runs approximately every 10 minutes.  This process uses the information in the Payment Txn file to create/update Accounts/Contacts/Campaign Members/Opportunities etc.